I know when Jan and I get on the road, it takes us a while to get warmed up. Eight or nine miles pass be before we start to feel we made the right choice of activity. She said that someone told her that the older you get, the longer it takes to warm up.

But last Saturday during that initial nine miles the views were good.  We were on an old friend of a route out to Rogersville. 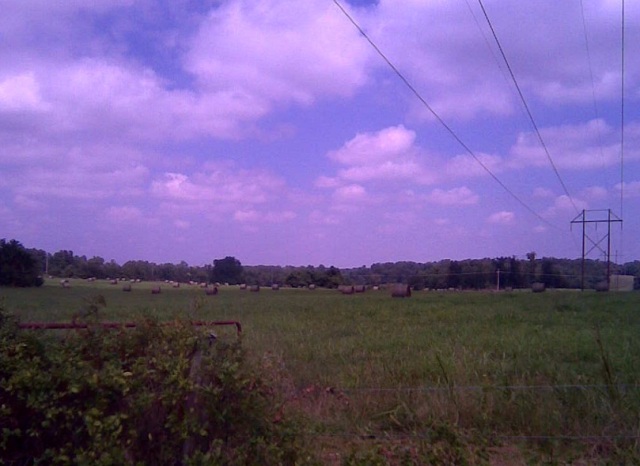 A perfect day to ride. The days of constant rain were over for a while.

No dried out fields in the sun this year.

We turned down Finbrooke to increase the distance.

Hedgepeth Road is not all that smooth, but who cares?

Over the ridge the route turns left and heads north to Rogersville.

By now we were feeling pretty good and warmed up.

On previous rides we had thought of calling our friends Sam and Linda to meet us for a snack.  Once I called Sam and told him that if he could get to Rogersville in twenty minutes, then I would buy his lunch.  He said he was in West Virginia.  I knew that. Anyway, Jan called them and they showed up pretty much on time.

As we finished eating I suggested that they drive in front of us so we could draft on the way back to our car.  When asked how fast I suggested about 20+ mph.  Sam pointed out that Linda cannot drive slower than 70!  I guess we’ll pass on that idea.

Something happened to my odometer during our stop.  It went blank and I had to try to reset it on the fly.  I somehow got it on registering kilometers instead of miles.  I will just leave it that way.

I mentioned in a previous post two of my blog buds, Tracy and Gerry.  Tracy has just finished the Colorado Rocky Mountain Bike Tour [500 miles] while Gerry and the Vicious Cycle team are set to ride the Haute Route [550 miles] in about a week.  One blog bud I didn’t mention, but should have, is Chris.  He just finished participating in the Leadville 100 MTB race last weekend and finished in a little over twelve hours.

The routes Jan and I do do not have serious climbs.  But there is one rollover that we have named Orbea Hill.  I don’t remember all the details but the name has stuck. 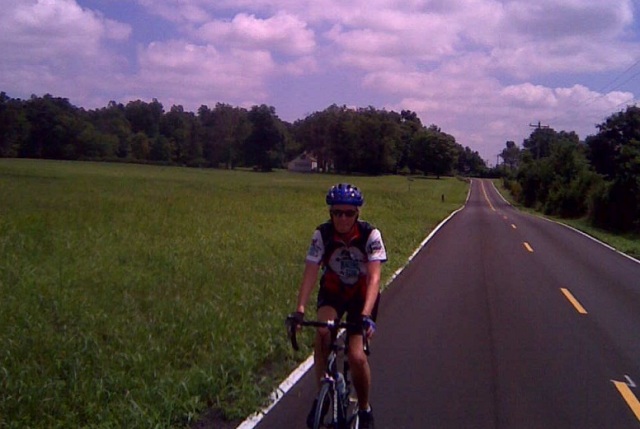 I include this pic since our cat is named Callie.

Back at Temple Israel, from whence we started, we were greeted by a butterfly that persisted in checking out Jan’s bike.  A good omen.

Some type of fritillary, but that is as far as I can go.

A perspective on life and cycling in the Ozarks. I started serious cycling in 2008, after seeing my wife be on the bike for a few years. We have biked many places and hope to continue. I am no where near being a real good cyclist, but I have fun trying to improve. Who am I kidding? Me? Improve??
View all posts by rlhoover →
This entry was posted in Cycling, Ozarks, road cycling, springfield missouri and tagged cycling, Ozarks, road cycling, Rogersville, springfield. Bookmark the permalink.

4 Responses to An Old Standby